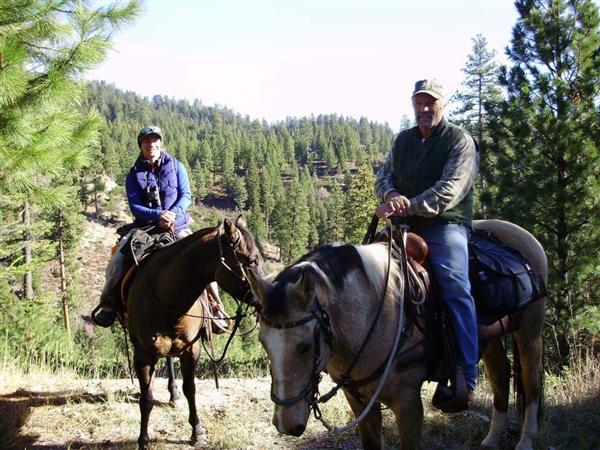 Mr. Smith is a former Thoroughbred farm manager, who still enjoys horse and ranch life, and therefore has aptly named his room, "The Ranch." After twenty plus years of teaching teenage horses, Mr. Smith felt the need for a career change and decided to return to college in his forties to get involved in teaching at the human level. He earned a Bachelor's Degree in English, and then went on to complete his Master of Fine Arts in Creative Writing at Fresno State. During this time Mr. Smith continued his ranch work part-time, while also teaching college level English classes. After moving to Idaho in 2008, and a failed attempt at a large scale restaurant ownership, he answered God's call on his life and started working with at-risk teens, eventually landing a long-term substitute job at the former Atlas High School in 2011. Mr Smith became a full-time teacher there in 2012, and has been a part of what has now become Middleton Academy for the past nine years.

Mr. Smith brings a practical "cowboy-simple" logic and ranch-like application model to his teaching of English. He says, "It's all about the learning. We grow by the effort we put into our learning, rather it be fixing a fence or analyzing a line of Shakespeare. It's all interconnected." His desire is that the teens that pass through his room will come away with an appreciation for the rewards of hard work, and an increased self-confidence in their ability to make a difference in the world, all through an increased learning of reading and writing at a higher level.

While Mr. Smith misses the horses, he loves working with the teen students he's so blessed to get to know. He's not saying which group is easier to work with, but the latter is certainly the greater blessing.

Please feel free to contact Mr. Smith with questions, comments, suggestions, or just come hang out around the imaginary campfire in "The Ranch" and visit over a cup of coffee.